By Tacconi Gianni and Michelotti Vania

Olive trees (Olea europaea L.) bear both hermaphrodite and staminate flowers [29, 30] in the form of panicles [31]. Hermaphrodite flowers generally have two stamens and a bilocular ovary with a short style and stigma. Artificial pollination seems particularly suited also to olive tree because of a wind-pollinated crop, hermaphrodite but with many flowers specialized for pollen production, and in many cases self-incompatible [32]. In staminate flowers, the pistil is either rudimentary or absent. The flowers are not entomophilous pollinated, in fact they produce large quantity of pollen and don’t have nectaries [33, 34]. The problems linked to pollination/fertilization olive cultivation are numerous: the blooming period of male and female trees does not overlap, and pistillate flowers are usually unable to receive pollen grain [35]; adverse climatic conditions during fruit set; compatibility relationships among cultivars; pollinizers could be bad oriented and/or in a non-satisfactory ratio with the cultivar of interest; and even if pollen is abundant, it could have low viability [35] and can be scarcely retained by the stigma surface. Moreover, depending on the cultivar, the environmental conditions, the specific tree and shoot, and ovary abortion could occur many weeks after pollination [36]. Shedding of staminate flowers begins just after full bloom [37] and partially overlaps the abscission of unfertilized flowers, triggered by pollination and fertilization of adjacent flowers. It takes place in the days after petal drop [38]. Most fertilized ovary abscission, occurring after 2 weeks and until about 6 weeks after full bloom, is affected by substrate competition among growing fruits and other sinks [39]. After petal fall, about 25% of the ovaries are retained, but only a small percentage of fruits reach maturity. It was estimated that a good commercial yield could be reacted if at least 1% of the total number of flowers set fruits and remaining until harvest [31].

Many steps of pollination were optimized, and many parameters were evaluated during the experimentations. Artificial pollination was tested by taking advantage of previous expertise developed in artificial pollination of Actinidia, using Aspir@PollineMini2 (Figure 16) to suck pollen and Soffi@PollineZ (Figures 9C and 16) (Biotac, Verona, Italy). Pollen was stored at 4°C for short-term usage and at low temperature (−20 and −80°C) for long-term usage. The influence of the time of distribution was evaluated using a completely randomized block design, with four replicates on cv. Leccino. Pollen germinability was evaluated as described for Actinidia. The pollination experiment design will be aimed at understanding: the influence of the pollinizer on productivity of fruit, the influence of artificial pollination on alternate bearing, the optimization of distribution in relation to the flowering stage, and the influence of the amount of pollen spread (standard application was 2 g per plant). To get a detailed experimentation, many parameters must be taken into account. During pollen collection the data recorded were air temperature and RH, amount of pollen per hour, cultivars collected, germinability, and pollen RH. Regarding pollination, the data were number of flowers per panicle, number of panicle per twig, position of the twig on the branch, position of the branch in the canopy, and cardinal orientation. In particular, two levels in the canopy and one shoot in each cardinal point per tree were considered. These parameters were recorded just before flowering and during all flowering time every day and once a week after the end of flowering for 6 weeks to take in account abortion and fruitlet abscission. The pollination was made one time in the early morning with moderate air temperature and higher RH, at the middle of flowering when 95% of flowers were open and many corollas were fallen down but with white pistils. After pollination other parameters were recorded: shoot length in order to evaluate the vegetative and reproductive competition and number of growing ovaries and fruits twice the time in the season. In order to evaluate the influence of the fruit, the number on the fruit quality, at harvesting was measured: harvesting time, total fruit collected per tree, fruit diameter, average weight, and oil yield. All these parameters were recorded also for some pollinizer plants in order to understand the influence of pollen collection in the hypothesis of a yield reduction due to pollen subtraction or not. Open-pollinated plants were used as control in all the experiments.

Many data are available in literature about olive flower and fruit set biology; anyway, most of the knowledge are not adopted in the field. The experimentations started on 2014 thanks to the resourcefulness of an olive grower, Gianfranco D’Isola, on Lake of Garda (Brescia, North Italy). His 23 plants had never yielded anything being all Leccino, a self-incompatible cultivar without other pollinators nearby: the compatible cv. Frantoio was dead because of frost winter. The idea of artificial pollination came from kiwifruit pollination technique. The principle is simple: taking pollen from compatible varieties and, at the time of flowering, “blow” it on the target plants (Figure 16). Also, a modest improvement in the percentage of fruit setting leads to significant production increase [25]. Using the equipment employed in kiwifruit, the results were surprising: an average yield of 48 kg of olives per plant (Figure 17), an exceptional value compared to 10 kg, and the average production of North Italy [25, 40].

Pollen was collected from olive cv. Pendolino, Moraiolo, and Casaliva and stored at 4°C for a few days until the time of pollination. Pollination was carried out with pure pollen in the early morning by delivering a total of about 2 g of pollen per plant in two steps within 2 days.

The experiment was successfully repeated in 2016 (Figure 17) [25], whereas in 2017 the extremely high temperature during olive flowering (the subsequently in weeks) and the absence of rain until the end of the season have provoked a copious fruit abscission.

These experiments have led to a larger trials on Lake of Garda cultivation conducted by AiPol (www.aipol.bs.it) in collaboration with CREA and new trials in other regions [40] and in other countries like in Japan by Associazione Italia Giappone and Biotac (www.biotac.it). Because these experiments aim to a practical application for farmers, the field trials were done in conventional orchards with pollinizers present in order to evaluate the effective gains given by the pollination technique in the real situations.

Despite the pollen collected during the day when air RH is low, olive pollen has a higher RH than kiwifruit pollen, and the incubation at 4°C for 24 h with silica gel before storing or spreading is suitable. Pollen germinability ranges from 35 to 68% and RH from 15 to 26% just after collection. After dehydration for 12 h at 4°C with silica gel, the RH decreases to 12–15%. During storing, the germinability decreases about 1.8% per day at 4°C and 3.4% per year during 3 years of observation when stored at −18°C. The collected pollen quantity seems not to be a problem thanks to the abundant production of olive tree in the “charging” season [35, 41] which are not economically sustainable during “off” season [40]. Anyway, pollen can be easily stored for several years in domestic fridge with a very low viability decrement. During harvesting period it was noted that the pollen collected at the beginning of the flowering is very low (few grams per hour), while after full blooming, when 20–30% of the corollas drop down, the amount reaches 100 g/h in many cultivars (also in “olivastro”) and also 200 g/h in Ascolana.

In these experiments, the fruit set improvement ranges from 10 to 30% more than the control free pollinated. Moreover, the pollinizer plant where pollen was collected, often self-compatible, showed a fruit set about 10% higher than the control (Table 2). It has been hypothesized that the movement of the braches and the panicles made during pollen suction increases pollen dispersion inside the tree.

Example of data collected by AiPol on 2016 in sale Marasino (Brescia, IT) in a field trial of 20 plants of cv. Leccino with five cv. Casaliva as pollinizer. Different letters indicate statistically significant differences (ANOVA Tukey P 0.05).

Regarding the practical application, these preliminary results confirm the possibility to improve olive yield by pollination and aim to understand the better moment for pollination in relation to the flowering stage during flowering. The pollination technique can also be used to balance the vegetative-reproductive balance of the plant and mitigate the alternation of production. Of course, the pollination must be inserted in a context of adequate agronomic management in order to support the greater production. In this sense, plants with a great fruit set must be “prepared” to support a larger production: fertilization and irrigation must adequately satisfy the major removal of the plant, pruning must balance vegetative and reproductive aspects and must be done every year, and, during the summer, plant protection must be applied in order not to vain all the improvements. Using the methods described (Figure 4), it is possible to set up experiments that allow to investigate the pollination process in more detail in order to understand, also at the molecular level (Figures 14 and 15), the fertilization, the fruitlet drop, and the alternate bearing. These experiments will help also to elucidate the real cultivar cross compatibility: conflicting reports about the classification of pollen compatibility exist. Often, these classifications came from field observation with contradictory results obtained in different locations and years [33, 34, 36, 42], and one of the main constraints is the overlapping of flowering period. The possibility to collect and store pollen for many years allows to test the compatibility of varieties with very different flowering times: it is possible also pollinate an early flowering variety with the pollen taken from a late flowering ones. Moreover, it is possible to establish a pollen bank for the farmers and for research purposes and identify some varieties with the higher compatibility producing the higher amount of pollen and perhaps a universal pollinizer. It could be interesting to develop also a super-intensive orchard where mechanized pollen collecting will be possible, analogously to the mechanical fruit harvesting, whereas the pollen spreading could be easily mechanized with blower for the tractor (already used in kiwifruit as reported in www.biotac.it) or with drones. Unlike happen in kiwifruit, in olive tree the pollination technique is at the begin but with very interesting perspectives. 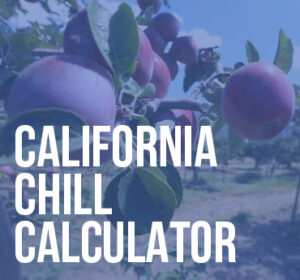